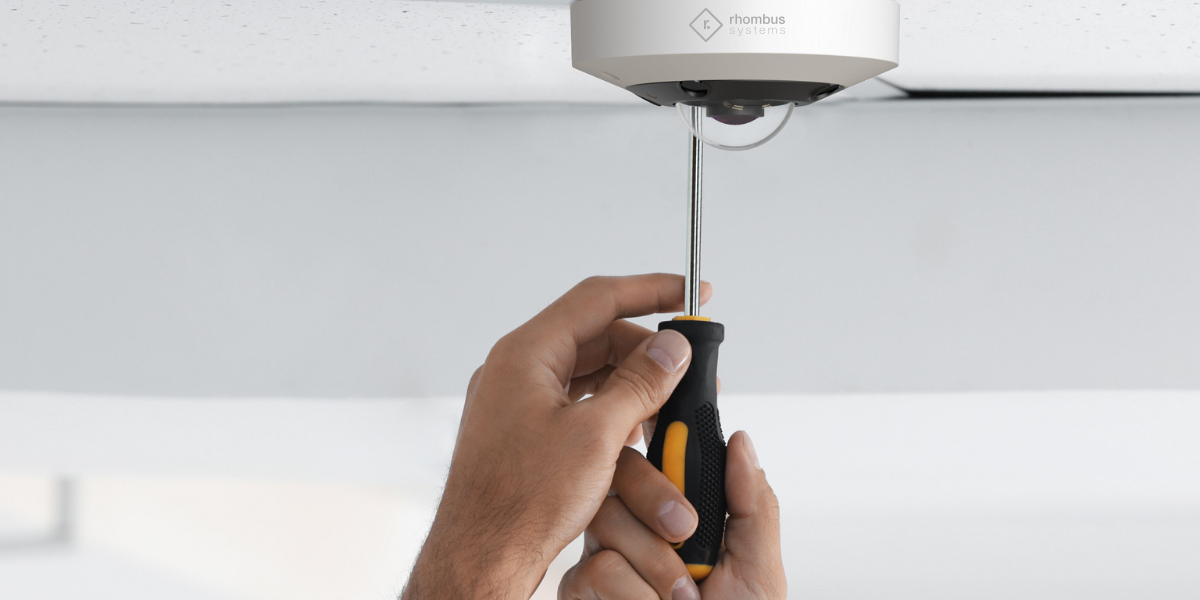 When Do You Need to Install 360-Degree Security Cameras?

Using the right camera in the right place makes all the difference. If you're an IT or operations manager planning your organization's video surveillance setup, there are multiple types of security cameras you can deploy.

In this article, we'll talk about 360-degree security cameras, also called panoramic or omnidirectional cameras. These cameras are one of the best ways to increase overall visibility onsite.

Panoramic cameras are very versatile, but there are certain environments in which they really shine—and other situations in which you'd be better off using a completely different type of camera. Use this article to understand what makes 360-degree cameras different, when to use them, and just as importantly—when not to use them.

What are 360-degree security cameras?

A 360-degree security camera, also known as an omnidirectional or panoramic camera, captures video footage in a nearly complete sphere around the camera.

An omnidirectional camera sees and records everything around it simultaneously. This lets you capture a large visual field with just one camera. There’s no physical rotation or movement—the entire environment around the camera is all captured at once and then digitally dewarped.

Omnidirectional cameras capture a lot of information at once. The result is that some 360-degree cameras provide multiple ways to display your footage—you can switch between different views and choose the viewing style that fits your needs.

Fisheye view provides a compressed 360° as a warped, circular image that contains the entire captured visual field. In security contexts, you can use fisheye view to observe the entire environment at a glance, but the visuals are uncorrected and appear distorted. 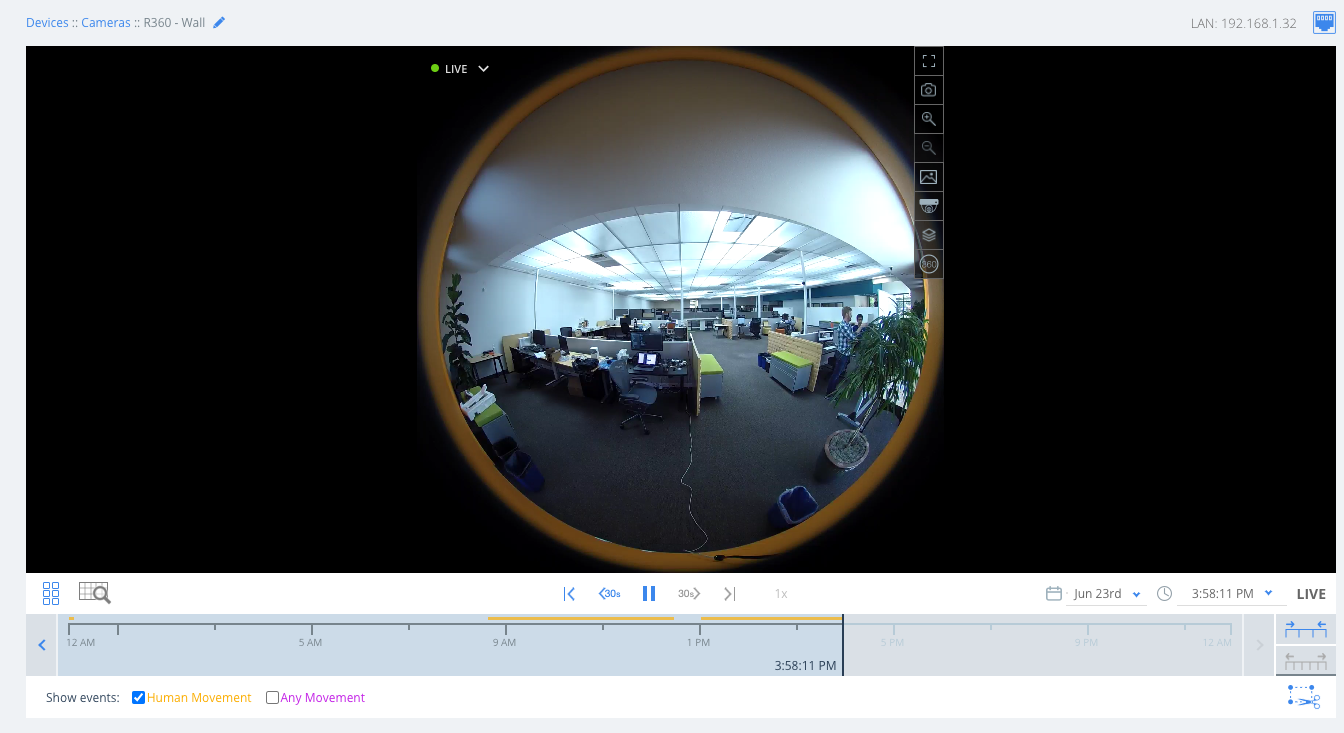 Tile view dewarps compressed 360-degree footage and breaks it up into multiple screens. This lets you observe the entire area as if you had multiple cameras that each captured a different angle.

Tile view provides a consistent and ‘normal’ viewing experience and is perfect for video walls and for control-room-style security monitoring.

Immersive view lets you take full advantage of the 360-degree viewing experience. You can dive into the environment and look around in a full circle as if you were standing where the camera is placed.

Looking around in immersive view is intuitive, and it’s easy to ‘follow along’ with what is happening in an area. For example, if a person enters a room, walks around, and then exits through a different door, you can swivel your view around to keep them in sight the entire time with no gaps in coverage.

Use an omnidirectional camera's immersive view to pan around an environment seamlessly.

Not all 360-degree cameras provide all these viewing modes—immersive view in particular is a newer innovation and not standard yet. For those that, the beauty of a 360-degree camera is that you can switch between different views depending on your needs.

For live monitoring, security personnel can set up a video wall with tile view or fisheye view on display. If there’s an incident that needs review, IT personnel can use immersive view to follow the activity in the area and understand the full context of what happened with no blind spots.

How do 360 security cameras work?

When omnidirectional cameras capture footage, the result is a warped, circular image that contains everything in the environment. This type of image (also called a fisheye image) on its own often isn’t particularly useful, as the visuals are too compressed and distorted to see what’s happening.

That’s why omnidirectional cameras use dewarping to turn the distorted fisheye footage into a normal image.

Dewarping is a digital process that mathematically corrects the distorted images from fisheye and omnidirectional lenses. The result is a video that looks normal, with straight lines and regular orientation.

For 360 security cameras, the dewarping process is automatic and nearly instantaneous. This means that you can achieve live streaming with 360 cameras without worrying about latency. However, results do depend on the software being used by the camera provider, and even outside of dewarping, some systems inherently have more latency than others.

Panoramic camera extending from the ceiling in a lobby.

When should I use 360-degree security cameras?

An omnidirectional camera gives you seamless visibility with no gaps in coverage. It’s a great way to eliminate blind spots, and you don’t have to worry about the angle that all of the cameras are facing.

For these reasons, panoramic cameras are best used to cover large, open areas. Instead of using multiple fixed or PTZ cameras with crisscrossing fields of view and potential blind spots, you can use a single camera to capture the entire panoramic environment. 360-degree cameras are a great choice when you want to reliably cover a large area for later review.

Use 360-degree security cameras when you want to:

To make the most of a 360-degree camera, all you need is an open, unobstructed space. They are often mounted on the ceiling to provide as complete and unobstructed a view as possible. But they can also be wall-mounted—in fact, omnidirectional cameras are an effective way to monitor hallways and corridors, with a 180° view in each direction.

Omnidirectional cameras are versatile and well-suited to many industries.

Ideal places for 360-degree cameras include:

“The 360 cameras are great for applications such as in gymnasiums or auditoriums. We have a lot of after-hours use of these facilities, and they help with knowing who has been using them if something goes wrong.” - Ronald V., Technology Coordinator.

For an example of an omnidirectional camera in action, look no further than Houston Bark Park. This dog daycare uses security cameras not just for safety but for customer satisfaction as well.

Houston Bark Park uses 360-degree cameras to share video livestreams of dog play areas. With so many dogs running around an open outdoor space, getting that whole sphere of visibility is by far the best way to keep an eye on everything.

For owners who want to check on their pup, immersive view makes it easy (and fun!) to look around for their dog and follow along.

When not to use 360-degree cameras

If you’re considering omnidirectional cameras, you’ll need to compare the functionality of 360-degree cameras to your other options, including traditional pan-tilt-zoom cameras (PTZ) and fixed cameras with a powerful zoom. There are tradeoffs for each of these camera types.

360-degree cameras are not ideal when you want:

360-degree cameras give you a complete and consistent record of an environment but at the cost of some image detail. As IPVM says, “while panoramics routinely use 3MP, 5MP or even more, the resolution is typically spread out over 360 degrees”.

If it’s important for you to capture a high degree of detail in an area, a panoramic camera may not be able to provide the level of detail you require.

Lower image detail may also reduce the efficacy of AI video analytics. If your goal is to use license plate recognition or facial recognition, a panoramic camera may not capture the level of detail needed by the AI to make a determination.

Panoramic cameras capture wide open areas, but there's a tradeoff in zoom capability. If what you need is to capture footage that's far away, a 360-degree camera won't be able to 'see' long distances as well as a camera with optical zoom.

This combination gives you the best of both worlds and lets you customize your video security to be exactly what each area needs.

Are 360-degree cameras worth it?

Omnidirectional cameras have many advantages in a physical security context. Having a camera that captures all angles makes it easier to cover a space and avoid creating surveillance blind spots.

Because 360-degree cameras have multiple viewing modes, they are user-friendly for both technical and non-technical professionals to use. You can set up tile view as a simple way for non-technical people to view the area and hop into immersive view to look around the environment more thoroughly.

Ultimately, 360-degree cameras are one of the most effective and efficient ways to increase visibility in your environment. They won’t serve all your needs alone, but they are a powerful and versatile tool that almost every organization can use to improve safety.

To experience industry-leading 360-degree cameras, contact Rhombus for a demo or a free trial. 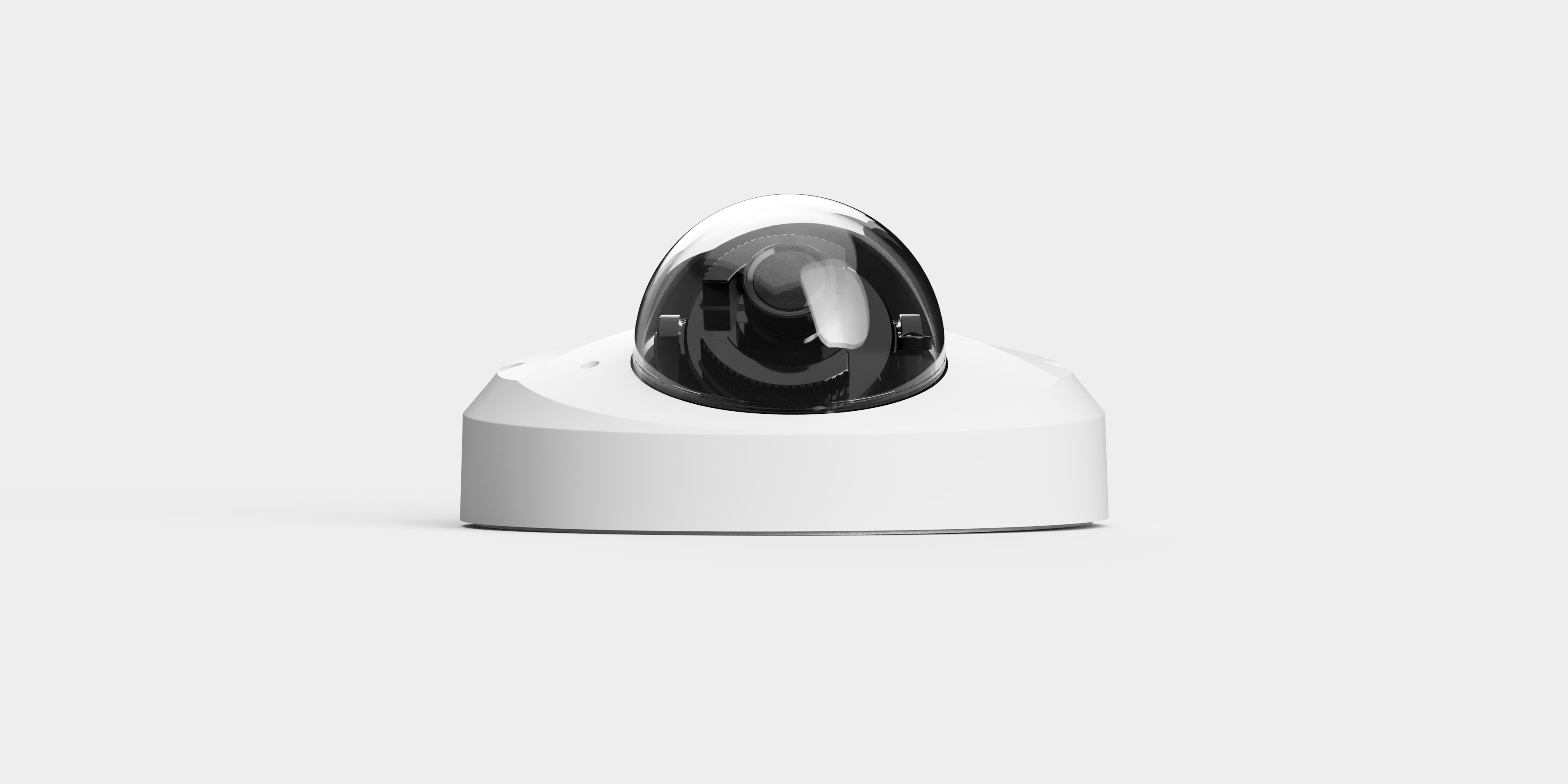 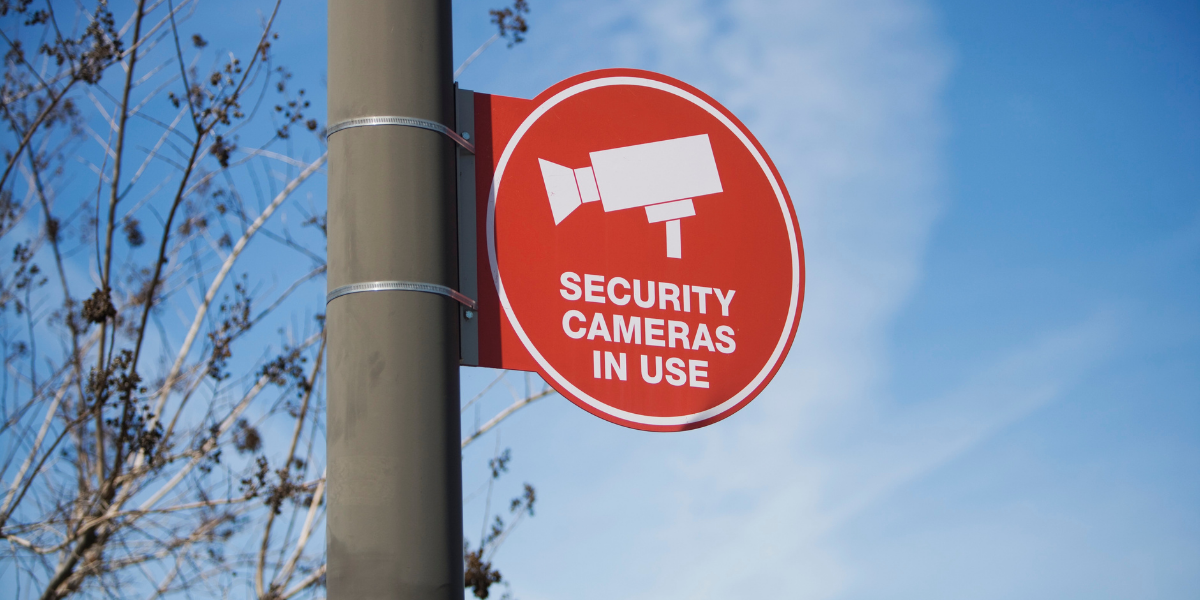 Are You Required to Notify Employees or Customers That You Have Security Cameras?